Skip to main content
Why you need a pirate's hat
A Happy life begins when you live on purpose
Take your life to the next level now.
Read More Learn How
A world of possibility awaits you
Don't wait another moment
Book A Free 30 Min Session

Why you need a pirate's hat

I know what you are thinking, this must be one of the most bizarre things you have heard, I mean seriously is she nuts? it's not Halloween (for the slim chance you read this around Halloween you have one more reason to go get a pirate's hat) and what do I need a pirate's hat for? For the first thing, I think most of us can agree that pirate's are just cool. From the eye patches, swords and awesome flowing white shirts pirate's have the idea of adventure down perfectly. They are not afraid to go out and get what they want, in fact, they are quite the opposite, when they see a new land full of  sparkling treasures  they go after  it, full steam ahead, no permission, no second guessing and no fear. Simply put, pirate's are cool. The pirate's hat wraps up all of these ideas into a simple object you can place on your head. 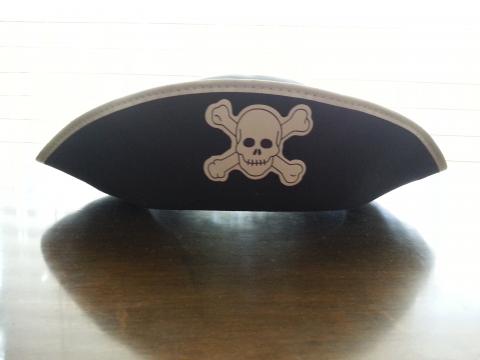 I have one in my closet and truth-be-told, I put it on often. Why you ask? Because when I do it stirs within me imagination, creativity and most of all fun. I just dare you to put on a pirate's hat and tell me that you don't feel that feeling. It is the feeling of freedom, imagination,  It causes me to look in the mirror and make silly faces, on some occasions it has caused me to rifle through my closet and find a makeshift pirate outfit to go along with it. I also like to walk out with it on and surprise unsuspecting family or friends. It always gets a giggle and the lightness it brings to people's faces is indeed awesome.

One of the funniest experiences with the pirate's hat was when my grandmother had come outside while I was getting something out of my car and as I looked up, I was cracking up to see her wearing my pirate's hat with the biggest grin I have ever seen. The pirate's hat to me is a symbol of imagination, silliness and play; the reminder that life can Sparkle and be enjoyed.